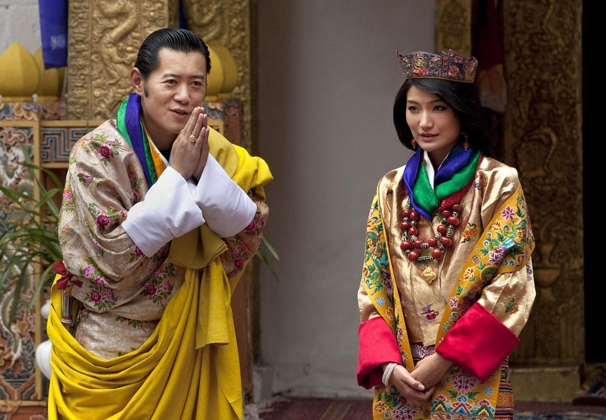 PUNAKHA, Bhutan — Placing an embroidered silk crown on her head, Bhutan’s “Dragon King” married his longtime girlfriend Thursday in a small, private ceremony mixing Buddhism and medieval tradition, in the heart of a huge monastic fortress in the country’s former capital.

It was a strong reaffirmation of Bhutan’s ancient traditions, of continuity in a time of a change, but also in some ways a symbol of this country’s gradual emergence into the modern world.  More >>>

Stumbling down the Middle Path, one day at a time.

One thought on “King of Bhutan Weds”

This site uses Akismet to reduce spam. Learn how your comment data is processed.